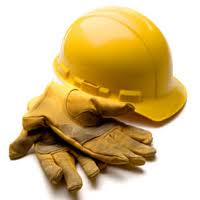 Following feedback from industry, amendments have been made to Queensland's work health and safety laws which came into effect on 15 November 2013:

• Further extension of some transitional arrangements and the starting date of a number of un-commenced provisions in the Work Health and Safety Regulation 2011 to 1 January 2015. This is to allow proposed changes to be reviewed by the Select Council for Workplace Relations.
• Extension of transitional arrangements for high risk work licensing where the national competency units and assessment instruments are not available until 1 January 2015, to allow registered training organisations time to deliver training.
• New provisions to give permanent effect to class exemptions granted for certified bridge and gantry crane operators and intermediate boiler operators.
• Clarification of requirements for specific control measures to be used where there is a risk of falling at least three metres in housing construction work or at least two metres in other construction work.
• Repeal of specific provisions relating to spray painting and excavation work that were carried over from the repealed Workplace Health and Safety Regulation 2008 as an interim measure from 1 December 2013.
• Other minor and technical amendments to ensure consistency with the national model Work Health and Safety Regulation.

As well as the Queensland review, there were also changes at a national level which saw the introduction of new Queensland codes as well as existing codes replaced or repealed as of 1 December 2013. The new codes are:

The codes no longer in use are:

« What are your OHS accountabilities

Servicing from Logan to Bundaberg, Time Express Couriers can carry anything from a Jiffy Bag to a Pallet for most Wholesale distributors including the Motor Trade Industry.