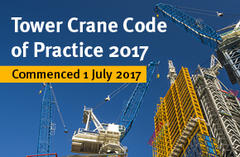 The Tower Crane Code of Practice 2017 was approved by the Minister for Employment and Industrial relations and commenced on 1 July 2017.

The updates to the existing Tower Crane Code of Practice 2006 ensure it is:
- responsive to industry needs and safety concerns
- reflects current best practice in the tower crane and construction industry
- consistent with the model work health and safety laws implemented in Queensland in 2012.

The key changes to the code include:

- introducing a recommendation for independent third party inspections of tower cranes to be undertaken prior to commissioning and before the crane has been put into service. This is to ensure any faults identified with the crane can be fixed and resolved before the crane has been erected.
An independent third party is someone who has the relevant knowledge and skills to inspect a tower crane and is not associated with the ongoing general repair and maintenance of the crane.

An independent economist found this recommended change would result in a relatively small compliance cost to the industry due to the existing high incidence of third party inspections of tower cranes at the commissioning stage.

The Tower Crane Code of Practice 2017 applies to all tower crane operations on or from 1 July 2017. However, the criteria for the design of first aid boxes will apply from 1 January 2018, to allow the industry time to modify existing first aid boxes.

We are a small group of people passionate about the unique Western Australian flora and the myriad of lifeforms that it supports. We are also aware of the devastating impact that the introduced water mould Phytophthora dieback has on these systems.
Dieback Treatment Services staff are fully qualified specialists that provide industry best practise techniques in detection, treatment and training, we specialise in all things Phytophthora. 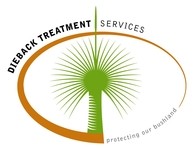