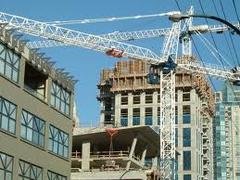 The Office of Fair and Safe Work Queensland (OFSWQ) has announced that certain transitional provisions for new work health and safety laws will be extended while the government works to address concerns raised by industry.

OFSWQ Acting Deputy Director-General Dr Simon Blackwood said the State Government held a roundtable of stakeholders from 18 employer associations and unions to discuss the impact of the model WHS laws on business.

"The Queensland Government heard views on whether there were any aspects of the legislation that were unworkable or had compliance or cost burdens," Dr Blackwood said.

"A substantial body of work is now underway to address these issues in consultation with stakeholders.

"While this happens, certain provisions that were due to start at the end of this year have been delayed until 1 January 2014.

"In order to provide certainty and to avoid a situation where business is required to adapt to one change followed by another, we have extended transitional provisions for a number of requirements.

"This will allow time for the government to implement any proposed changes to the laws arising from the feedback received at the round table," he said.

The provisions in the Work Health and Safety Regulation 2011 delayed until 1 January 2014 include requirements for:

« Man Dies From Falling At Heights

Thank you very much!

"I would just like to take the time to say thank you very much for completing the manual for us here at Skywave Communications Pty Ltd and over the weekend for us as well. You have saved me in particular a lot of time, which I would otherwise have spent updating our current and outdated WHS Manual. Thanks again and we look forward to doing business with you again in the near future."