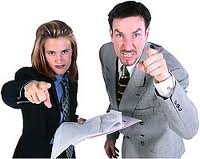 An injured worker who fraudulently obtained $112,000 in benefits after falsely claiming to be wheelchair-bound and in need of 24-hour care has been jailed for 16 months.

Rita Mercuri, 44, of Epping appeared at the Heidelberg Magistrates' Court today after pleading guilty in August last year to one count of fraudulently obtaining weekly compensation payments and seven of providing false information.

The court heard that Mercuri's leg was amputated below the knee in 1990 as the result of a 1985 workplace injury.

Between July 2008 and June 2010, Mercuri visited medical practitioners and claimed she was wheelchair-bound, unable to work and in need of 24-hour care.

During this period, she received $59,687 in compensation payments, but video surveillance obtained in a WorkSafe investigation showed Mercuri could move freely on her prosthetic leg and was capable of living independently.

The court heard the investigation also found six carers submitted $52,500 in attendant care invoices during that same period for services they never provided to Mercuri. They split the proceeds with Mercuri. Two of the carers were her nieces.

In 2011, the six carers were charged with various offences under the Crimes Act and the Accident Compensation Act, including falsifying records and providing false information.

In sentencing, Magistrate Suzanne Cameron said Mercuri's offending was "breathtakingly audacious" and that she exploited the WorkCover scheme for her own benefit.

"You were clearly the mastermind and the primary beneficiary," she said.

Magistrate Cameron jailed Mercuri for 16 months, with eight months of her sentence suspended for two years. She was also ordered to repay $112,000.

Mercuri's lawyer has lodged an appeal against the sentence. She was bailed to appear at the County Court in March.

"Our scheme exists to provide short medium and long term care where it is warranted and ultimately to help people return to work and social interaction.

"While Ms Mercuri had suffered a serious injury and was entitled to help, she consistently overstated the extent of her incapacity for a number of years.

"The community can't tolerate fraud of this deliberate scale. It undermines those who are hurt, particularly those with a capacity to work."

"It plants a perception that a large number of people on compensation have fraudulent claims. That is absolutely not the case and I know it is immensely frustrating for those who do the right thing when they hear about cases like this," he said.

"We want this case to serve as a reminder that fraudulent activity will not be tolerated. When it's detected, it will be investigated and offenders prosecuted."

"Thank you for your prompt service; this is the second manual purchased in the last couple of weeks and I'm very pleased with the level of service and content of material supplied."

With more than 15 years experience we specialise in domestic, commercial and industrial plumbing, gas and roofing. With a 24 hour service 7 days. Servicing all of Sydney.

© 2022 Everything OHS Terms and Conditions Please email us at for all enquiries.